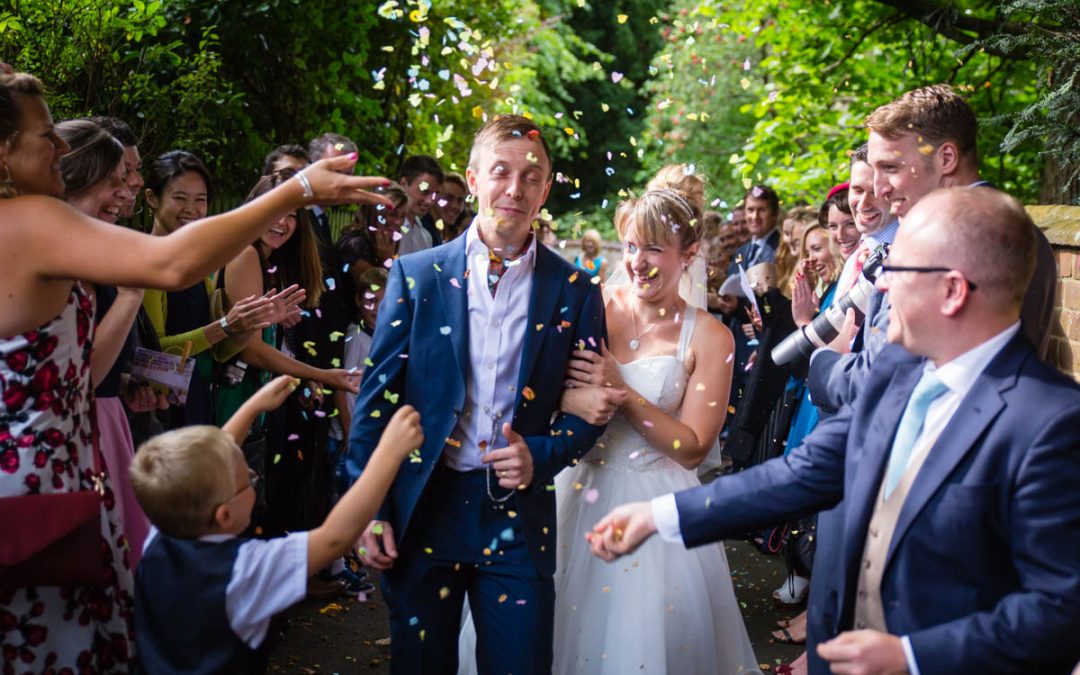 On Saturday the 29th of August I had the pleasure of photographing the wedding of Holly and Ross. I have known Holly for years being my best friend’s (and my best man’s !) little sister. So when I was asked to photograph the day it was an honour.   I arrived at Holly’s parents house in the morning with the sun shining and the family putting the finishing touches to the most fantastic home venue. They were to be married in St Dunstan’s church that afternoon and then back to the family home for the celebrations to begin.

When I arrived Holly and her bridesmaids were having their hair done so I began to take a few snaps. They were all really relaxed and you could really tell how excited everyone was. It was great to see all the little touches around the house- I’m sure Rob and Gill could take up venue decorating full time!  Leaving the girls making hand tied bouquets, I headed over to Ross’s house where he was assembled with his Best Man Joe and Groomsmen Dan and Olly.
No Groom should get married on an empty stomach so we went off to a local cafe for a quick meal then back to get changed. Looking dapper in their cravats, with Ross sporting a pair of braces, it was short walk to St Dunstan’s church. The guys enjoyed posing for some shots before heading in to the chruch. Holly arrived shortly after with her Dad in a fantastic old Landrover.

The church ceremony was lovely and everyone could be heard singing to some old favourite hymns. All eyes were on Holly and Ross as they were smiling all the way though it. After the ceremony we headed back to Holly’s parents house but first stopped off to have a few posed shots, using the Landrover and beautiful Chiltern Hills as a backdrop.

On arrival, they were both met with a cheer and the party began! A hog roast and huge selection of cakes was enjoyed before the speeches. Rob, Ross and Joe all did am amazing job and it was great to hear stories about them all growing up.

The first dance really showed they could move, then everyone joined them on the dance floor. It was great to stay for a
short time as a guest and enjoy a drink (also I could see what really happens when someone puts the camera away!). It was not a late one for me and I left everyone enjoying themselves, leaving for home to download all my pictures and enjoy putting my feet up after a long days work!

Holly and Ross’s big day was a brilliant occasion, the guests were all such fun and was great to be part of it all. I hope
these short selection of images show what a happy and brilliant day it was and cannot wait to show them the rest!